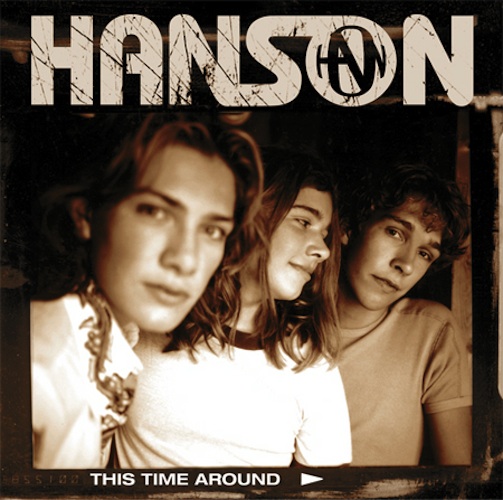 Hanson
This Time Around

“This Time Around” is certified platinum by the RIAA.

Rolling Stone: “Like a blond three-headed hydra, Hanson loom over the competition, making all other teen idols sound like Gerber-sucking clowns.”
Billboard: “It all adds up to a collection that successfully sets Hanson apart from the current teen-pop phenomenon that it helped start — at least from a creative perspective,”
CDNow: “This Time Around scores with more sophisticated harmonies and storytelling.”
Allmusic: “It’s hard not to miss the thrilling way Middle of Nowhere leapt out of the speakers upon its first spin with giddy fun, yet with its carefully considered craft and warmly ingratiating pop songs This Time Around is winning entertainment.”